Stingray City is the most visited and popular spot on the Grand Cayman Island. But did you know that there are actually two diverse Stingray Cities? Sounds crazy right! But it’s absolutely true. The two distinct Stingray Cities are the “Stingray City Sandbar” and “The Valley of Rays, The Real Stingray City”. 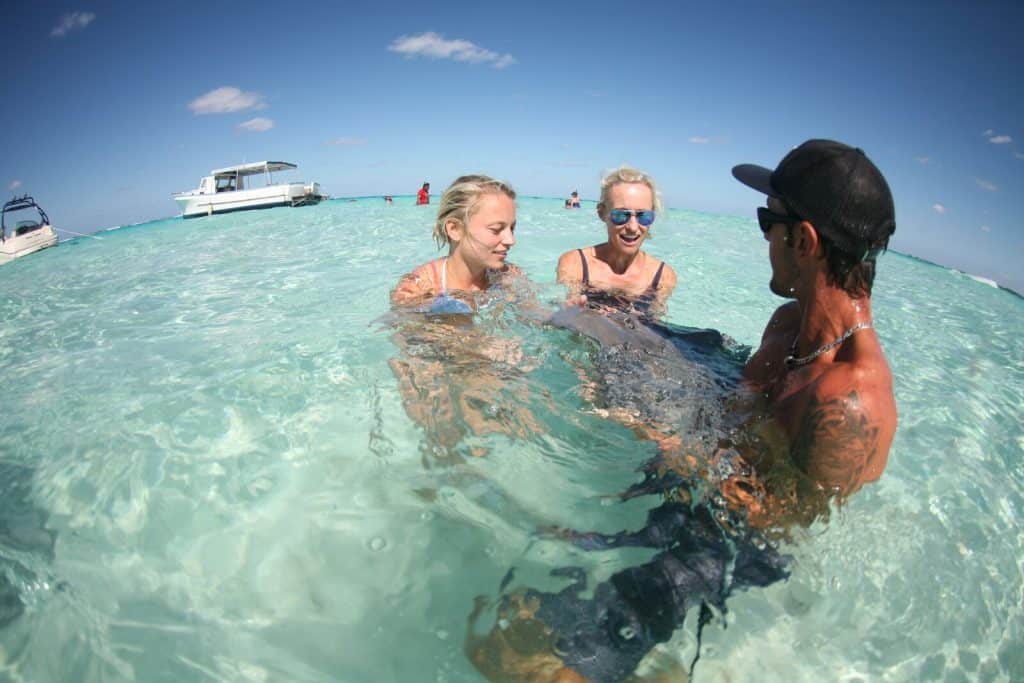 Here we, the Crystal Charters team will be providing you with a brief history of these two distinct cities to help you decide which Stingray City tours will be right for you!

For years, the local fishermen used to anchor in the shallow and protected waters of North Sound after returning from their day at the sea to clean their catch. And the Real Stingray City i.e. The Valley of Rays that is a few minutes away from the shores of West Bay provided the fishermen their ideal spot for cleaning their catch. Another fish cleaning spot that is also protected by the Barrier Reef and on a sandbar that is hardly 4 feet deep also offered an easy,beautiful, pure and white sand anchorage for daily fish cleaning. Every day during the late afternoon the stingrays would gather beneath the sailboats to enjoy the fish parts that were dropped by the fishermen into the water while cleaning the fish. This procedure sustained for many years up until two dive instructors Jay Ireland and Pat Kenney in 1981 decided to get underwater to have a close encounter with the stingrays.

According to various sources, Jay Ireland was the first one to jump into the water and discover that the stingrays are shy, gentle and no-aggressive creatures and fed squid to them. After which Pat Kenney in 1986 wrote an article named “The Valley of the Rays” and that is where the name came from. Later underwater photographer Geri Murphy visited the spot and wrote an article naming the spot “Stingray City”. And that is how the name Stingray City that we know today was born. The Real Stingray City became even more popular when an article on it was published in the Wall Street Journal, National Geographic that featured Pat Kenney and Skin Diver Magazine.

Then a few years later a shallow sandbar was spotted where the same training of Stingrays occurred enabling tourists to have a simple walk with the Stingrays. And the locals named the spot as The Stingray City Sandbar!

Are you planning a trip to Stingray City in near future? Wish to have an enjoyable experience there? To make your Stingray City trips interesting and enjoyable we the Crystal Charters team provide private charters to the Stingray City that are tailored by keeping your needs and wants in mind. We believe enjoying to the fullest is the motto of trips and tours that is why we make sure to provide you with all sorts of amenities that makes your trip the best and memorable.

If you want to make us your Stingray City Tours partner then do call us today at 1(345)323-8111 or write to us at admin@crystalcharters.com

This site uses Akismet to reduce spam. Learn how your comment data is processed. 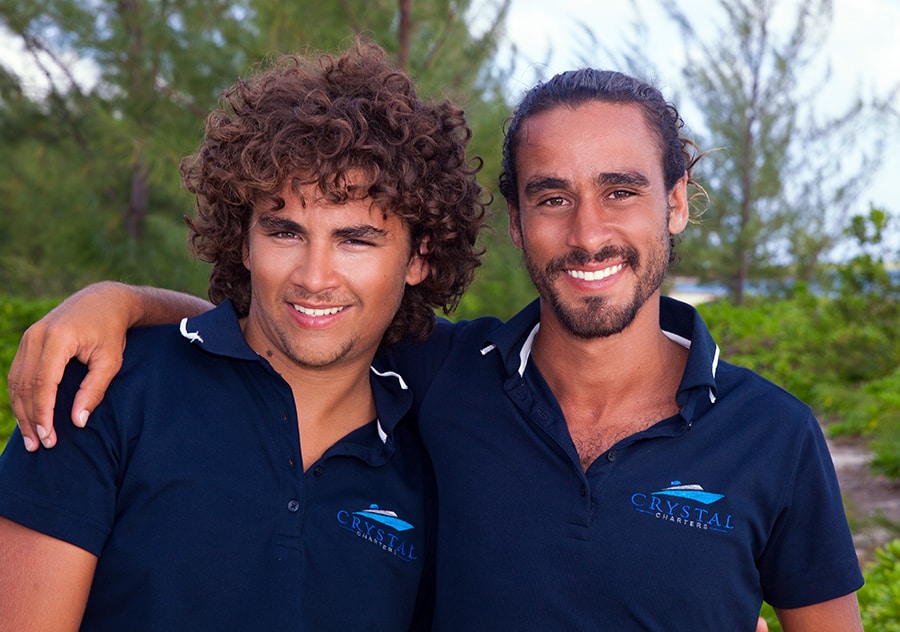 We owe our success to the quality of our crew members, hand picked for their skill, professionalism and enthusiasm. Our fun-loving team are dedicated to ensuring your family have the best experience possible, which we know will exceed your highest expectations!

Crystal Charters Cayman
5.0
Based on 107 reviews
See all reviewsWrite a review

Yvonne Cumpian
15:35 06 Aug 20
My husband and I, along with another couple used Crystal Charters highly recommended by my brother!! This was the best private charter and the captain we had was Canyon; he and his partner were... amazing!!read more

Crystal Lynch
00:59 28 Apr 20
From our initial phone call inquiring about services to coordinate with our cruise ship arrival to our actual boating day, Crystal Charters provided all around top notch service. Alex and Ricky made... our 4 hour outing one to remember. Our family of 3, including our young daughter, were made to feel in good hands especially in the middle of a sudden rain storm on our way to Sting Ray Point. We realized once at Sting Ray Point that we had a special crew when they would find sting rays and bring them to us to enjoy and hold. Other charter groups were left on their own and it was clear while a fun experience for those groups, our experience was a bit more special.Thank you Crystal Charters! We are counting the days until our return to Grand Cayman and another Crystal Charters outing.read more

J Houston
19:28 16 Mar 20
From booking the boat charter to the end of the boating day, very professional crew. We had a great day with the crew, Hunter and Serena. They made us fell right at home and planned out our day of... adventures on the boat to perfection.Even though the day was a little windy, Hunter re-worked our boating events so that we could enjoy the day with limited wind issues.The best part of the day with swimming with the String rays, Hunter was very knowledgeable about the rays and helped us feel comfortable handling them.After 6 hours on the boat, we ended the day with a great meal, also a suggestion from Hunter.Will we being doing this again with Crystal Chapter, a definite Yes. Be sure to request Hunter and Serena, too.read more

J Houston
19:28 16 Mar 20
From booking the boat charter to the end of the boating day, very professional crew.We had a great day with the crew, Hunter and Serena.They made us fell right at home and planned out our day of... adventures on the boat to perfection.Even though the day was a little windy, Hunter re-worked our boating events so that we couldenjoy the day with limited wind issues.The best part of the day with swimming with the String rays, Hunter was very knowledgeable about the rays and helped us feel comfortable handling them.After 6 hours on the boat, we ended the day with a great meal, also a suggestion from Hunter.Will we being doing this again with Crystal Chapter, a definite Yes. Be sure to request Hunter and Serena, too.read more

Christine Levin
02:19 29 Feb 20
This was my second experience and they have persistently amazed me. The first was with all adults but this was with my 8 month old son. As a family experience or adults only, the charter was... incredible. From their quick responses to my email questions about accommodations for my little one to the hand tailored experience we were all so impressed. Our latest crew (Alex and Serena) were professional, fun, and knowledgeable. We went to sting ray city, star fish point and had an amazing time snorkeling. We left with wonderful memories and professional photos to remember the experience. Will definitely be booking again. Hats off to this group!read more
© 2019 Crystal Charters Ltd
Back to Top